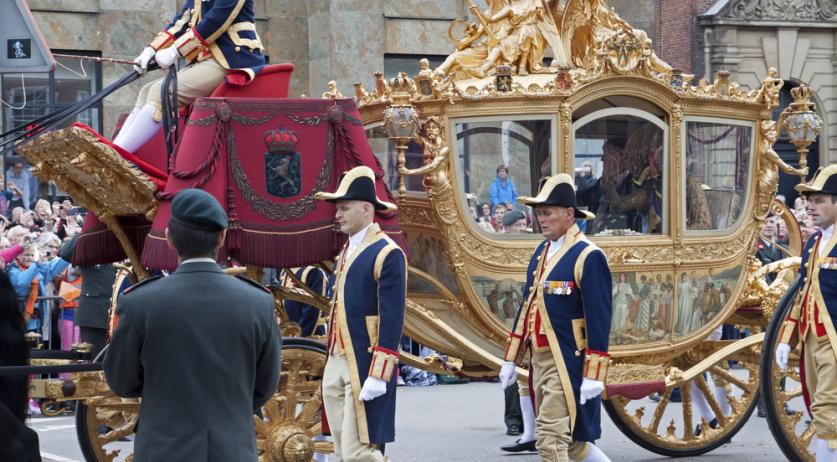 Gold in Golden Carriage comes from Suriname, according to research ahead of Dutch Prime Minister’s visit

The gold used for the Golden Carriage came from Suriname, according to a recent study on the royal vehicle initiated by the Amsterdam museum. According to the museum, this solves a mystery. Prime Minister Mark Rutte will visit Suriname on Monday and Tuesday to further strengthen the “special historical bond” with the country. It has been 14 years since a Dutch Prime Minister visited the former Dutch colony.

According to Annemarie de Wildt, curator of the Amsterdam museum, Suriname has said for generations that the gold leaf with which the carriage is gilded – and from which the vehicle takes its name – comes from there. Research carried out by the museum in collaboration with the VU University of Amsterdam, the Netherlands Institute for Conservation + Art + Science + and the Naturalis Biodiversity Center has now confirmed this.

After more than five years of restoration work, the Golden Carriage was recently exhibited at the Amsterdam Museum. The accompanying exhibit also focused on the construction of the carriage. According to De Wildt, the manufacturers at the time wanted the car to represent the entire Kingdom of the Netherlands. They used, among other things, leather from Noord-Brabant, wood from Java and ivory from Sumatra. But Suriname did not appear to be represented, and that raised questions, the curator said. Possible archives with more information about this have been lost.

The investigation was a big job as the gold on the cart contained many lead particles from the air pollution the cart had been exposed to over the years. According to lead researcher Gareth Davies, professor of petrology at VU, they must have removed billions of lead particles. The work lasted four months. The team then compared the gold leaf with gold samples provided by Naturalis from various parts of South Africa and Suriname, considered possible origins. Davies said the coach’s gold is most similar to that of a gold mine on the Suriname River. Curator De Wildt finds this plausible because a lot of gold was mined in this region when the cart was made.

The carriage will not be used for the moment due to a controversy around a panel showing slaves. The museum also studied sentiment about the future of the car. Most Dutch residents agree that the car should be preserved and visible, although opinions differ on how.

Queen Wilhelmina received the Golden Carriage as a gift from the people of Amsterdam when it was inaugurated in 1898. She did not use the carriage until her marriage in 1901. Since then, the carriage has served at weddings and royal baptisms and, since 1903, the Prinsjesdag (budget day).

The research could give Prime Minister Rutte another talking point during his visit to Suriname this week.

The visit comes at a time of criticism of Surinamese President Chan Santokhi. There have been protests against his government this summer. The country is experiencing a difficult economic climate. Support from the Netherlands would be welcome. A trade mission travels with Rutte’s income.

The departure of President Desi Bouterse two years ago paved the way for a warmer relationship. Bouterse was convicted in the Netherlands for drug trafficking. In 1982, his military regime murdered 15 opponents at Fort Zeelandia. Rutte will lay a wreath there.