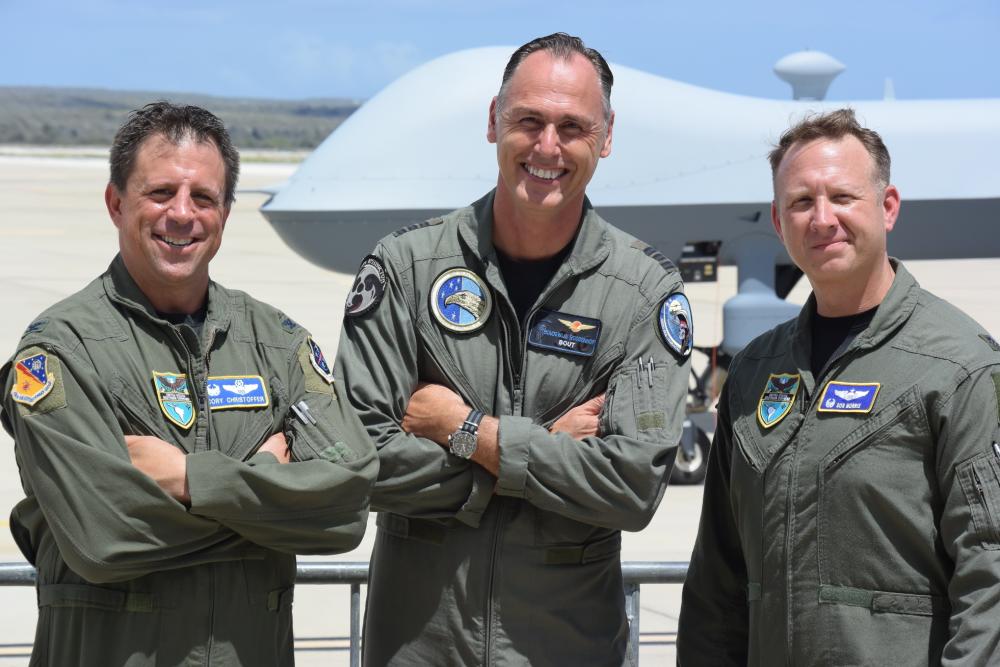 While members of these organizations strive to accomplish these efforts, it is rare for a single event or operation to encompass all three in their entirety. The successful deployment of the Dutch MQ-9 unmanned aircraft system at the Curaçao Cooperative Security Site is the first of its kind in the Caribbean.

“This endeavor will make everyone involved stronger, more nimble and ready for any call that comes our way. We are truly better together,” said 429th EOS Commander Lt. Col. Don Morris. The Royal Netherlands Armed Forces in conjunction with the 429th Expeditionary Operations Squadron (429th EOS) deployed supporting aircraft, personnel and equipment; which allowed their pilots to maximize their training in open airspace. The 429th EOS was a key element of mission success by providing facilities, logistical support and mutual aid to bring the first MQ-9s into the country, fulfilling two LOEs – strengthening partnerships and strengthening the team. The Consulate General of the United States in Curaçao, Margy Bond, said in his address at the opening ceremony: “This deployment marks a new high point…in the close relationship between the Royal Netherlands Armed Forces and the Armed Forces of the United States of America.” Not only will pilots and sensor operators benefit from this effort, but the counter-narcotics (CN) mission of the United States Deputy Assistant Secretary of Defense (DASD) will also improve. One of the main functions of the MQ-9 is to gather intelligence, reconnaissance and surveillance (ISR) information; having those friendly eyes in the sky will help identify drug trafficking corridors. These MQ-9 ISR assets will help deter and capture drug traffickers, and lead to increased confiscation of illicit drugs traveling through Caribbean waterways. This is a great example of how strengthening partnerships and building our team amplifies our ability to execute the third LOE of countering threats. “The planning and execution leading up to this deployment required close collaboration between the armed forces of our two countries, exemplifying dedication to the multinational counter-narcotics mission in the Caribbean Basin,” Bond added. As operations have begun and continue to expand, U.S. Air Force Col. Cory Christoffer, 474th Air Expeditionary Group and 612th Theater Operations Group, summed up the significance of this event saying, “We are grateful to the tactical for the relationships and the friends we have made. We are grateful at the operational level to see what the future may hold for us in the Caribbean and we are very grateful at the strategic level for the global partnership that we are able to solidify with the Netherlands there.