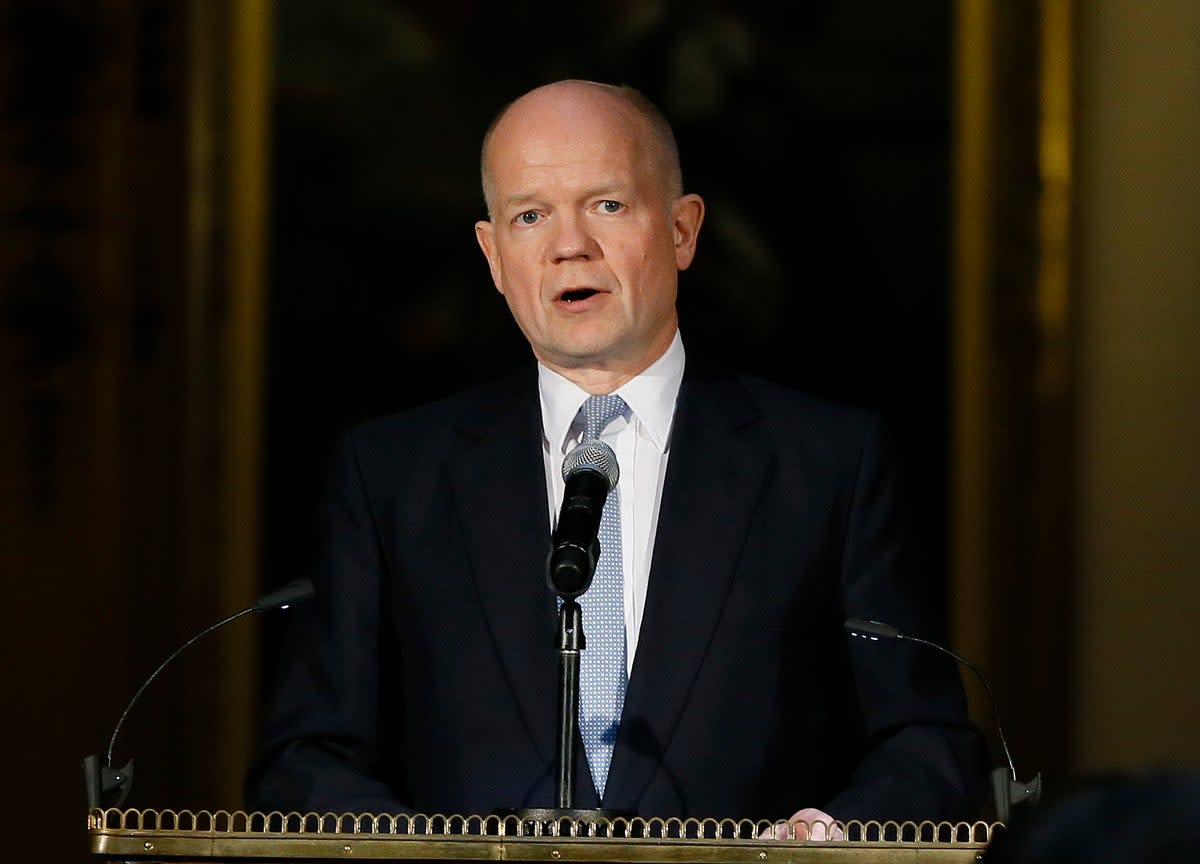 Former Conservative Leader William The Hague appealed Boris Johnson to step down after Monday’s vote of confidence, saying the prime minister has experienced a “higher level of rejection” than any of his predecessors.

His intervention comes after Tory MPs voted 211 to 148 in favor of the prime minister in a confidence vote, meaning he only has the support of 60% of his party.

“Although Johnson survived the night, the damage to his post as Prime Minister is severe,” Lord Hague wrote in The Times.

“Words have been spoken that cannot be retracted, reports issued that cannot be erased, and votes cast that show a greater level of rejection than any Tory leader has ever endured and survived. .”

MrJohnsonNevertheless, sought to take the lead on Tuesday and pledged to “achieve what matters most to the people of this country”.

“Today, I pledge to pursue the achievement of these priorities. We’re on the side of the hard-working Brits and we’re going to get to work. »

Tory rebel MP Tobias Ellwood, chairman of the Commons Defense Select Committee, accused Mr Johnson of a ‘Trumpian attempt’ to pass off the vote results as a success.

Raab: Party must ‘draw a line’ after vote

Deputy Prime Minister Dominic Raab said the Tories should “draw a line in the sand” after Monday’s vote of confidence in the Prime Minister.

He told LBC radio: “I think we’re drawing a line in the sand after this vote, it was clearly and definitely won.

“We are moving forward to serve the people of the country and that is how we are doing the right thing for our constituents.”

Asked if he could count on fellow rebels to support future policies, Mr Raab added: “There is a lot, when you look at our political program that binds us, that’s how it is at the Conservative party.

“And I think the best momentum – the momentum – will be to focus on that, because that’s what people across the country, from cities to counties and suburbs and everywhere in between, want us to focus on. concentrate.”

Tory MP Tobias Ellwood has called for a change of Cabinet ministers instead of a change of Prime Minister, adding he believes Boris Johnson remains “a matter of months” in office.

He told Sky News: “Lots of work to do: a reshuffle is needed now – bring in new talent and really start to focus on the big issues, make the Cabinet build actually work.

“Let’s do things that please the country and not just our base – policies that are more exciting than the privatization of Channel 4 and the return of imperial measures, but a real economic strategy that will actually help tackle the cost crisis of life.”

Asked how long he thought Mr Johnson would remain Prime Minister, he added: ‘I think we’re talking a matter of months, until the party conference.

Hello and welcome to our live political blog, where we bring you the latest news from Westminster.

Boris Johnson emerged injured following a vote of confidence last night, winning the support of just over 60% of his MPs.

A series of rebel MPs have repeatedly called on the Prime Minister to step down this morning, including Andrew Bridgen, MP for North West Leicestershire, who said Mr Johnson should now leave Downing Street.

He tweeted: ‘Last night’s vote is worse in percentage terms than that suffered by Ms May and on par with Heseltine’s challenge to Ms Thatcher.

“The Prime Minister should now leave with honor and residual affection for what he has achieved.”