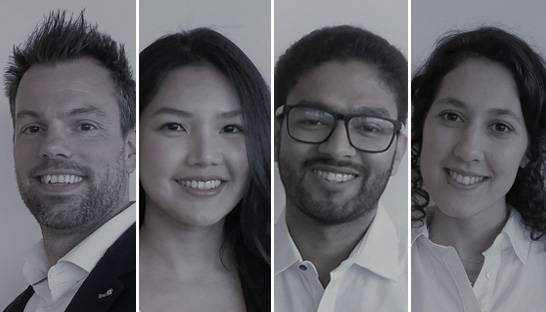 Over the past few weeks, Amsterdam-based financial services consultancy FiSer Consulting has expanded its team with four new professionals, bringing the size of its core team to eleven members.

Lorin Hendriks was appointed practice leader of the insurance practice. He brings over 10 years of insurance expertise to the consultancy, acquired both in consultancy and in the industry.

Hendriks joined FiSer Consulting from ITDS, where he spent two years in its pension and insurance verticals. Previously, he also worked for two global consulting groups, Accenture, specialist in technology, and Mercer, specialist in human resources. In the meantime, Hendriks held senior positions at the insurer Van Ameyde.

Its main expertise lies in supporting organizational changes and technological improvements in key areas of insurance. Hendriks has experience in business and technology projects, with a particular focus on delivering software platforms.

Chaovanayan is a professional with five years of experience as a financial services consultant. She focuses on data science, with a keen interest in analyzing data and numbers and translating them into improvements to processes and ways of working.

Chatterjee previously worked at an investment bank, specializing in regulatory compliance and data analytics. He has worked with cross-functional teams on product development, anti-money laundering efforts, and implementing data-driven ways of working.

Aia Aboo Shakra meanwhile, has been named head of talent acquisition and employer branding. She specializes in identifying, attracting, selecting and retaining individuals, and also has experience in branding, content creation and social media management.

Founded in 2015, FiSer Consulting supports banks, insurance companies and pension funds in the transformation of their activities. The company was listed among the fastest growing companies in the Netherlands in the 2021 edition of the FD Gazellen awards competition.