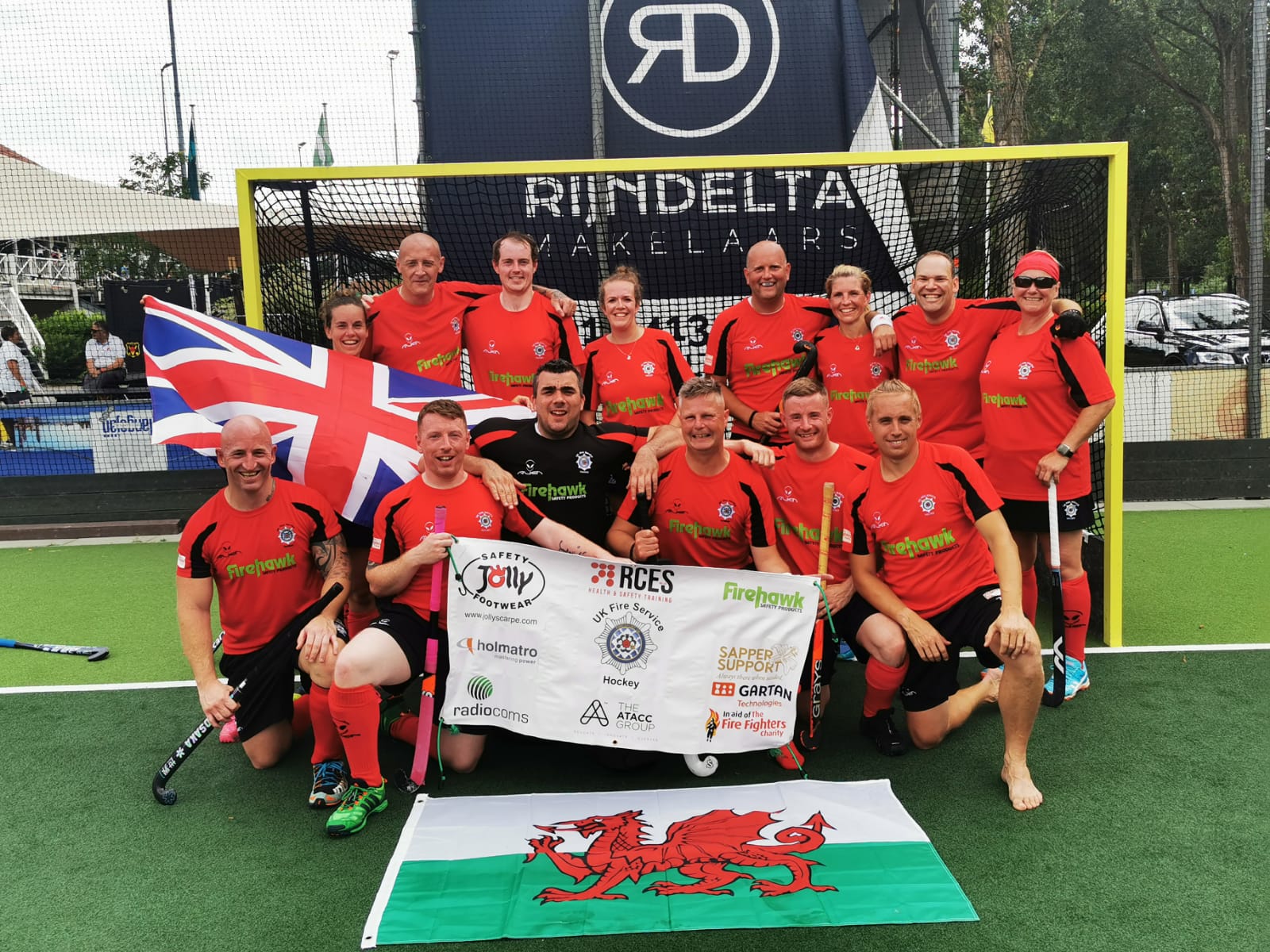 A firefighter from Stourport upon Severn recently returned from Rotterdam after helping his team win gold for the UK Firefighters Hockey Team, at the Fire and Police World Games.

Arriving and checking in for these acclaimed Championships, Wayne soon found himself joining other athletes from around the world in the colorful opening ceremony in front of 10,000 cheering spectators held at the Feyenoord FC stadium.

Wayne – who also represents HWFRS in football and cricket – was among thousands of competitors who marched past supporters for the opening ceremony and torchlight parade.

Over 60 different mind-blowing sports over the week-long Games, including a half-marathon, in one of Rotterdam’s top stadiums as well as across the city.

For Wayne, after settling in, reveling in the opening ceremony and meeting fellow UK teammates as well as international police and firefighters, there was little time to relax as he quickly got to work for his first game, helping beat the Dutch police. 4-0.

As the Dutch team beat the Police Service of Northern Ireland (PSNI) 2-1 victory was clearly on the cards as Wayne and his mates could see that shooting with or beating the PSNI would clinch them gold .

Wayne’s team dominated throughout, scoring a staggering 10 goals to PSNI’s 3, making them field hockey gold medalists at the World and Police Games.

Hockey wasn’t over for Wayne, and after the medal ceremony, the three teams played an exhibition game against the Dutch disabled hockey team.

One of the highlights of the championship for Wayne, it gave him the opportunity to get to know the disabled team and help organize a fun, action-packed occasion that gave them their own chance to collect the participant medals.

Unexpectedly, the goalkeeper for the disabled Dutch team collapsed due to heat exhaustion, but great teamwork from the British Fire team, quickly putting their training to good use in trauma, allowed them to react immediately – helping him recover quickly and allowing him to claim his medal alongside his teammates, after being checked by the paramedics.

Wayne, who joined the fire department in 1995 and has 2 children with his wife Niki said:

“The World Police and Fire Games was a truly inspiring event which I was delighted to be able to attend and to have the opportunity to represent my own service and UK Fire.

“I would like to thank Hereford & Worcester Fire and Rescue Service for all their support in allowing me to participate.

“The event was amazing and I would recommend anyone interested in the sport to consider representing UK Fire – there are many events taking place throughout the week so there is something for everyone, whatever your particular sport.”

You can find out more about the event at wpfgrotterdam2022.com/.

The next games will be held in Winnipeg, Canada in 2023.