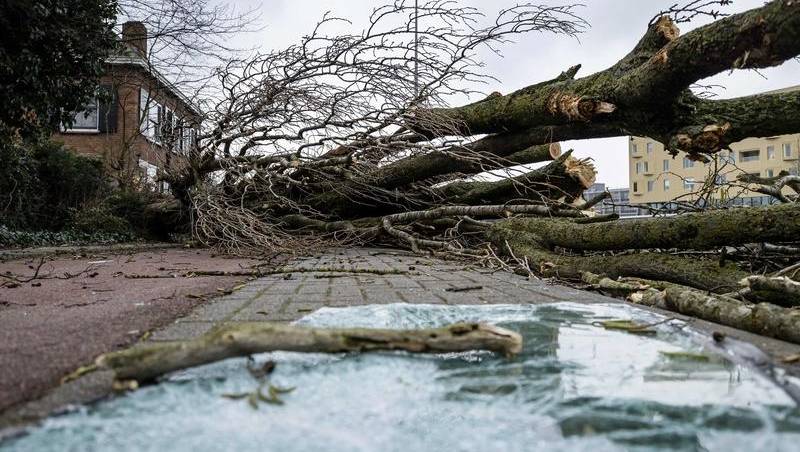 Europe cleans up after a deadly storm | Magnet

Crews cleared fallen trees and worked to restore power to around 400,000 people in Britain as western Europe cleaned up after one of the most devastating storms in years.

At least 12 people have been killed, many by falling trees, in Ireland, Britain, Belgium, the Netherlands and Germany.

Named Storm Eunice by the UK and Irish weather services, and Storm Zeynep in Germany, Friday’s storm was the second to hit the region in a week.

Winds toppled the spire of a church in Wells, southwest England, ripped off parts of the domed roof of London’s O2 Arena and left a trail of downed trees and damaged buildings in many countries.

A gust of 196 km / h was provisionally recorded on Friday on the Isle of Wight. If confirmed, it would be the highest ever recorded in England. Hurricane force winds start at 119 km/h.

The Met Office weather service said stronger winds would hit the southern coasts of England and Wales on Saturday, with the potential for further damage, while snow and ice could cause disruption further north.

Britain’s National Rail association said “routes across most of Britain” remained affected by the weather on Saturday morning, with disruption continuing throughout the day.

The storm claimed at least three lives in Germany, including a man who fell while trying to repair a damaged roof and a driver whose car slammed into a fallen tree across a road.

In the city of Bremen in the northwest, a 55-meter crane fell on an unfinished office building.

“The mill is our landmark. This situation left us a little speechless,” said Mayor Franziska Hildebrandt. The mill stood 438 meters above sea level.

A cleanup was also underway in the Netherlands, where four people died as Eunice crossed the country on Friday.

Rail services, interrupted during the storm, remained disrupted, with the company responsible for rail infrastructure saying it was working hard to repair “significant” damage to tracks and overhead power lines.

Engineers had to assess damage to the roof of a stadium in The Hague where professional football team ADO The Hague plays its home matches after parts of the structure collapsed.

An overall heart-healthy lifestyle is needed to prevent heart failure