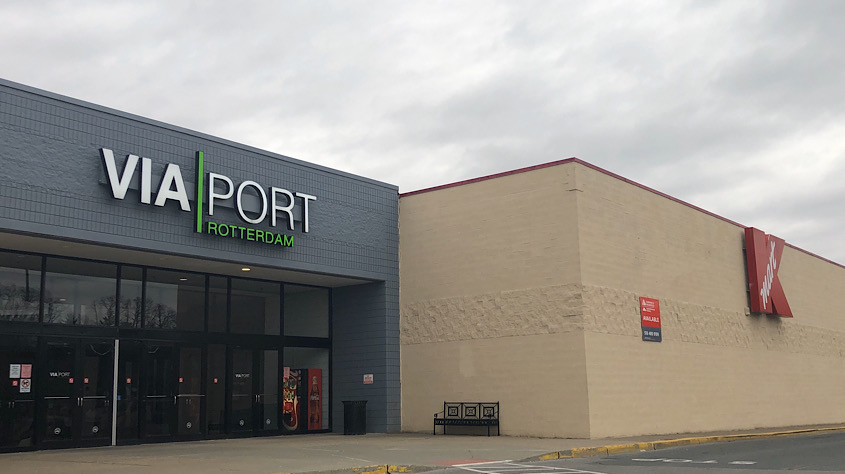 EDITORIAL: Rotterdam made the best of a bad situation

If you’re a government official, sometimes you have to accept the consequences of a questionable decision, cut your losses, and move on, even at a cost.

As painful as it may be for the city of Rotterdam to have to eat $243,750 out of a $1 million deposit on ViaPort Rotterdam shopping center space, it is in their best interest to move on.

The settlement will save taxpayers the potential costs of litigation, which could quickly run into the tens of thousands of dollars, and the possibility of having to pay more money if the city loses the case, perhaps $4-5 million, or if the mall sued. for his losses of not having the space available to rent to someone else.

The settlement also exempts the city from a potentially costly deal that would have cost taxpayers $9.2 million for the city to move into the space and more than $55 million over the next 30 years to maintain the property.

By now settling for what seems like a fairly reasonable $243,750 to recover the city’s $1 million deposit, it allows the city to avoid that expense and paves the way for a search for a solution to its future space needs.

Is this the ideal solution? No. Would it have been better if the city hadn’t made the original deal in the first place and put down a $1 million deposit? In hindsight, yes. In reality, this situation could have been more difficult and more costly for the city if it had organized the required referendum on the agreement. This settlement could therefore be an even greater boon to taxpayers than it could have been.

Either way, there is a price to pay for making mistakes and avoiding making them worse. That’s it.

It all started because the city needed to upgrade and expand its government operations.

Renovations to the current City Hall are estimated at approximately $14 million.

City officials therefore explored the idea of ​​moving city operations – including the police department and city courthouse – to the vacant former Kmart store in the mall. The 50,000 square foot space was to accommodate 100 city employees, eliminating the need to upgrade existing city facilities, move city offices closer together, and allow the city to sell the aging John F. Kirvin Government Center.

But the city commissioned a study earlier this year that concluded the costs of establishing headquarters at the mall would be significantly higher than expected by a previous administration, and the current board voted this summer to rescind the original agreement which included the $1 million deposit.

Cancellation could be seen as a blessing in disguise.

It is true that the city still needs to find better premises for government operations.

But as we said in August, being free of this emphyteutic lease allows the city to consider new options to renovate the building on Sunset Boulevard and/or move some or all of the city’s offices elsewhere.

Maybe there’s even a way for the city to use some space at the mall if the city and the mall can maintain a good relationship despite this dust.

The effort to rent space at the mall was reasonable. Someone should be held accountable for the unforeseen higher expenses associated with the lease that prompted the city to seek a way out of the deal. And yes, the city will lose some of its fund balance to pay to back out of the deal.

But it could have ended worse for taxpayers. Much worse.

Better cut and run than throw more taxpayers’ money down the drain.