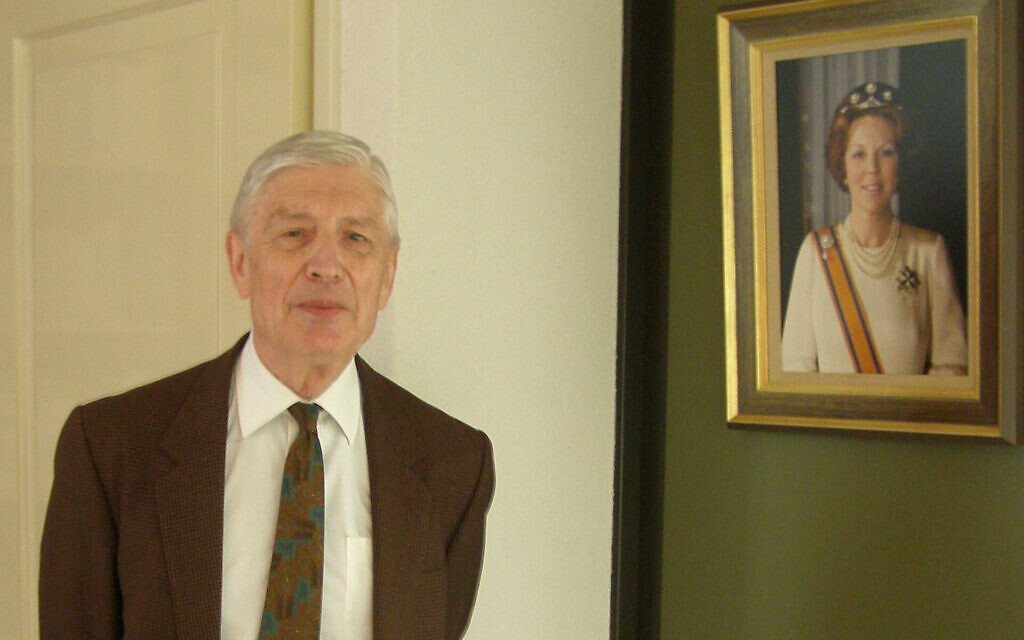 JTA — At the request of a pro-Palestinian organization that critics say is anti-Semitic, administrators at more than a dozen Dutch universities are asking their staff to list their interactions with Israeli and Jewish organizations.

The order follows a request sent last month by The Rights Forum, a pro-Palestinian advocacy group, to the offices of several universities. The universities collect the information because the group’s application has been certified as what is known in the Netherlands as a WOB application, i.e. an application certified by the country’s public prosecutor under a Freedom of Information Act 1991 and binding on public or publicly funded organisations.

It is unclear whether universities will complete the full application by submitting the information to the Rights Forum.

In the request, Gerard Jonkman, director of the Rights Forum, wrote that as part of the WOB request, he seeks documents or information on “institutional links with Israeli universities, institutions and companies and with organizations who propagate support for the State of Israel”.

Among the dozens of entities Jonkman listed are Elbit, the Israeli arms and defense systems producer, Christians for Israel, and a Dutch-Jewish right-wing pro-Israel association.

But the list also includes traditional Jewish entities from the Netherlands and elsewhere that do not define themselves as Israeli or that focus solely on Israel.

These groups include the Anti-Defamation League, the Central Jewish Board of the Netherlands, the International Holocaust Remembrance Alliance, B’nai B’rith and even the office of the Dutch government‘s own National Coordinator for Combating Antisemitism. , which is directed by Edo Verdonner. , who is Jewish.

Articles about the list in NIW, the Dutch Jewish weekly, and other publications have drawn strong condemnations from Jewish groups and community leaders against The Rights Forum. The group was co-founded by Dries van Agt, a former Prime Minister of the Netherlands who has often been accused of spreading anti-Semitic ideas (including, in 2017, by the Central Jewish Board of the Netherlands), although he claims that this allegation is intended to silence his criticism of Israel.

“The clear conclusion is that a shadowy Zionist/Jewish cabal operates in the Dutch university system. It reeks of anti-Semitism, but that doesn’t surprise me given the reputation of this group,” Dutch Chief Rabbi Binyomim Jacobs said in a statement on Wednesday.

“What really worries me is how many universities have complied with such a clearly anti-Semitic request. It reminds us that most mayors cooperated during the occupation to release the names of their Jewish citizens to Germans,” Jacobs added.

The Rights Forum did not immediately respond to a request from the Jewish Telegraphic Agency to respond to criticism.

In 2008, he compared Israel to Nazi Germany and spoke at a rally in Rotterdam that featured a televised address by a leader of Hamas, the Palestinian group considered a terrorist organization by the United States, Israel and others.

Van Agt also said the Jews “should have been given a piece of land” in Germany instead of Israel. In 2017, he praised the Dutch Labor Party for being “good for the Palestinians despite the powerful Jewish lobby” within its ranks, according to the Jewish Central Council of the Netherlands. And as the country’s justice minister in the 1970s, he cited his “Aryan” roots when explaining his plan to pardon four Nazi war criminals on health grounds.

The climate crisis and responsible journalism

As an environmental reporter for The Times of Israel, I try to convey the facts and science behind climate change and environmental degradation, explain – and critique – official policies affecting our future, and describe the Israeli technologies that can be part of the solution.

I am passionate about the natural world and discouraged by the dismal lack of awareness of environmental issues shown by most of the public and politicians in Israel.

I am proud to do my part to keep The Times of Israel readers properly informed on this vital subject – which can and does lead to policy change.

Your support, through your membership in The Times of Israel community, allows us to continue our important work. Would you like to join our community today?

Join the Times of Israel community Join our community Already a member? Log in to stop seeing this

Are you serious. We appreciate that!


We’re really glad you read X Articles from The Times of Israel over the past month.

That’s why we come to work every day – to provide discerning readers like you with unmissable coverage of Israel and the Jewish world.

So now we have a request. Unlike other media, we don’t have a paywall in place. But since the journalism we do is expensive, we invite readers to whom The Times of Israel has become important to support our work by joining The Times of Israel community.

For just $6 a month, you can help support our quality journalism while benefiting from The Times of Israel WITHOUT ADVERTISINGas well as access to exclusive content available only to members of the Times of Israel community.