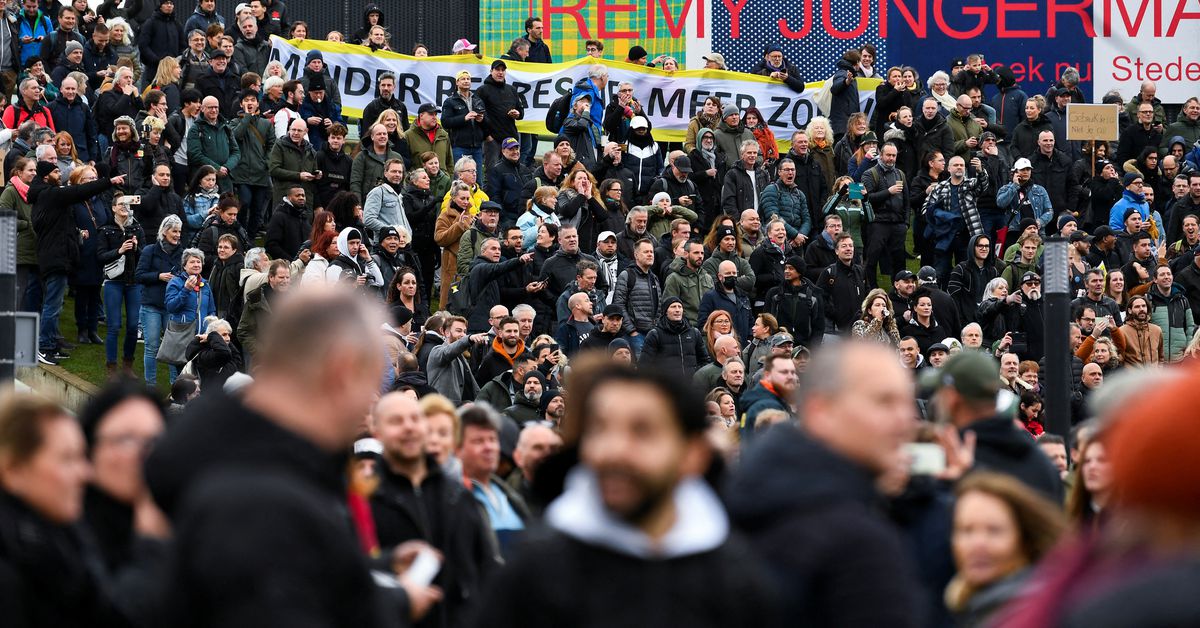 AMSTERDAM, Jan.2 (Reuters) – Riot police with batons and shields dispersed a crowd of several thousand who had gathered in Amsterdam on Sunday to protest against containment measures and COVID-related vaccinations- 19.

Public gatherings of more than two people are banned under restrictions imposed by the Netherlands in an attempt to prevent the Omicron variant of the coronavirus from overwhelming an already strained healthcare system.

At least 30 people were arrested after clashes, in which four police officers were injured, police said in a statement.

Amsterdam mayor Femke Halsema had issued an emergency order, allowing police to clean up the Museum’s central square, after protesters defied the ban on public gatherings.

Protesters, most of whom wore no masks or obeyed social distancing rules, ignored the order not to hold a march and marched along a main thoroughfare, playing music and holding onto yellow umbrellas as a sign of opposition to government measures.

The Netherlands entered a sudden lockdown on December 19, with the government ordering all but essential stores to close, as well as restaurants, hairdressers, gymnasiums, museums and other public places until at least January 14. read more

What’s changing in Amsterdam this year?