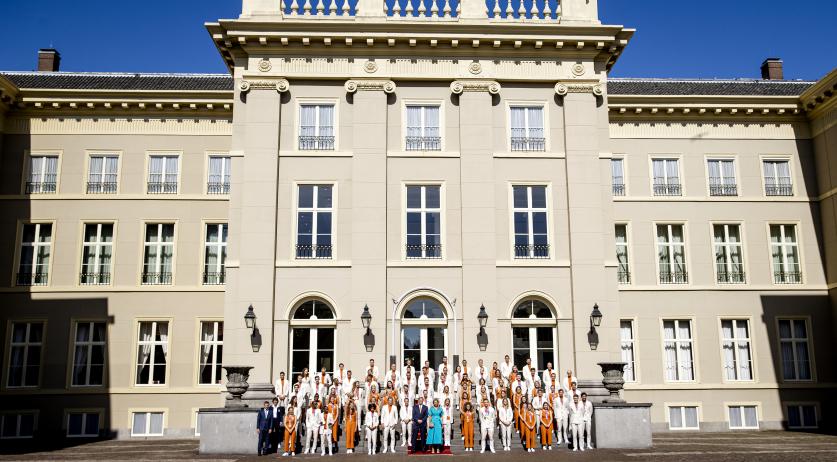 Dutch athletes who won medals at the Tokyo Olympics were honored in the Netherlands on Tuesday. A ceremony was held at Sportcampus Zuiderpark in The Hague, then they were received by King Willem-Alexander and Queen Maxima at Noordeinde Palace, then they attended a party in their honor on the beach in Scheveningen.

All the new gold medalists were knighted at the ceremony at Sportcampus Zuiderpark on Tuesday afternoon, reports NU.nl. They received the ribbon from the hands of Acting Secretary of State Paul Blokhuis for Sports and were addressed by Acting Prime Minister Mark Rutte and Chef de Mission Pieter van den Hoogenband of the NOC * NSF. In addition to the athletes, Alyson Annan, the national coach of the women’s hockey team, was also knighted.

Cyclist Annemiek van Vleuten had already been knighted and therefore received a statue of Hat. Hockey players Eva de Goede and Lidewij Welten were promoted to officers of the Order of Oranje-Nassau. Tokyo was their third time Olympic champion, so they were already ennobled and had the statue.

After the ceremony, the athletes were received by King Willem-Alexander and Queen Maxima at Noordeinde Palace. They were congratulated by the royal family and posed for a group photo with them outside the palace.

Afterwards, the athletes attended a party in their honor on the grounds of the TeamNL Olympic Festival on the sports beach in Scheveningen. About 400 spectators attended – due to restrictions related to the coroanvirus, only guests were allowed, reports the ANP.