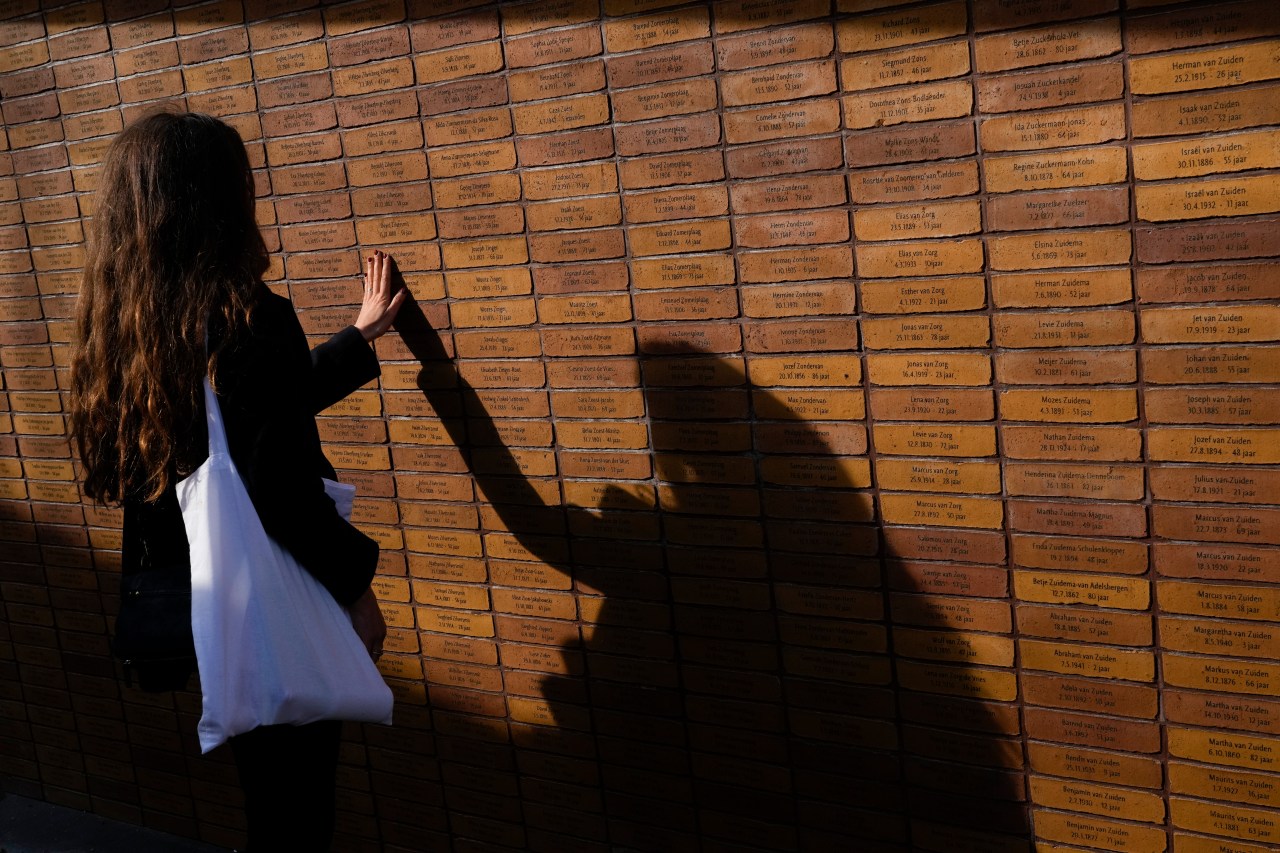 AMSTERDAM (AP) – King Willem-Alexander on Sunday officially unveiled a new memorial in the heart of Amsterdam’s historic Jewish quarter in honor of more than 102,000 Dutch Holocaust victims, and the Dutch Prime Minister has pledged that ‘he would remind citizens today to be vigilant against anti-Semitism.

Designed by Polish Jewish architect Daniel Libeskind, the memorial is made up of walls fashioned to form four Hebrew letters spelling out a word that translates to “In memory of”.

The walls are built using bricks, each bearing the name, date of birth and age of death of one of the more than 102,000 Jews, Roma and Sinti who were murdered in the concentration camps Nazis during WWII or who died en route to the camps.

Jacques Grishaver, chairman of the Dutch Auschwitz Committee, officially inaugurated the monument with the king in the presence of dignitaries and Holocaust survivors. After going through the gates, everyone picked up a white stone and placed it in front of a memorial wall, a Jewish tradition when visiting graves.

The king helped Grishaver to pick up and put down his stone. After the ceremony, he spoke with three Holocaust survivors.

Acting Dutch Prime Minister Mark Rutte said the monument should also make people wonder if the Netherlands did enough to protect Jews during the war and what he called “the cold reception for the little group that came back from hell after the war “.

He called the time a “black page in our country’s history” and said the monument also has an important contemporary message “in our time when anti-Semitism is never far away”. The monument says – no, it screams – be vigilant. “

The memorial is built near a former concert hall where Jews gathered by the Nazi occupiers of Amsterdam during the war were held before being sent to the camps.

The municipality of Amsterdam granted permission to start construction in 2017, but construction work was delayed after residents argued that the monument was too large for the location. It was funded in part by crowdfunding – 84,000 people paid 50 euros ($ 58) each to â€œadoptâ€ one of the bricks.

The official opening came a year after a friend of Anne Frank’s, Jacqueline van Maarsen, laid the foundation stone, named after 20-year-old Dina Frankenhuis, who was murdered in Sobibor.

â€œThat monument of name says 102,163 times, ‘No, we will not forget you. No, we will not allow your name to be deleted. No, evil does not have the last word, â€he said. “Each of them was someone and today they get their names back.”