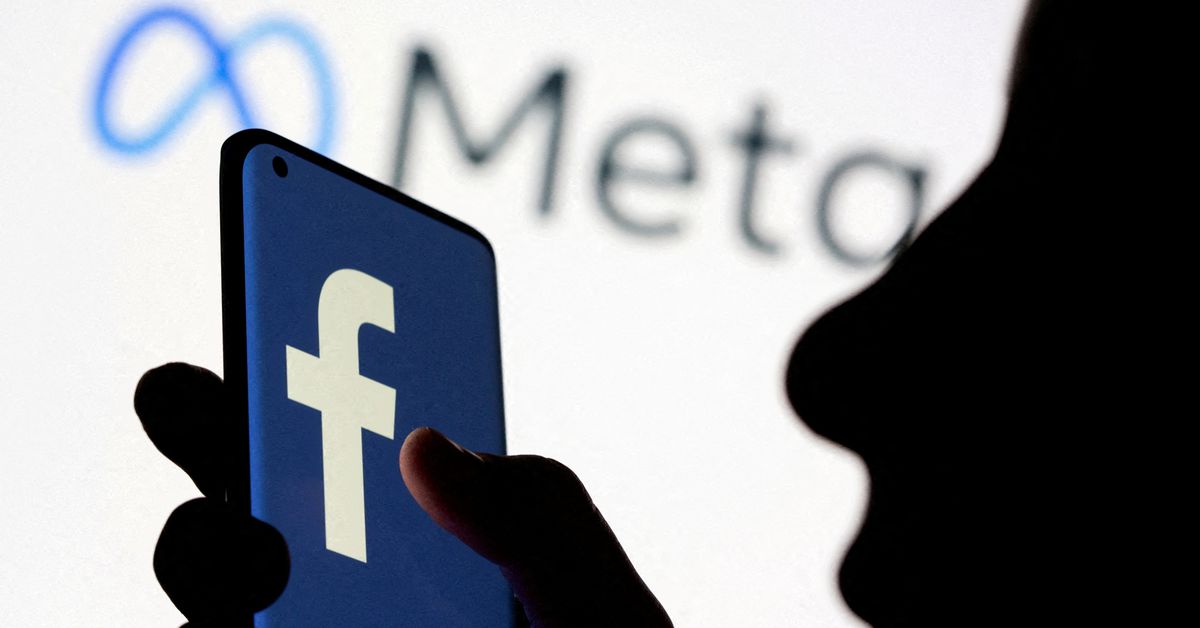 A woman is holding a smartphone with the Facebook logo in front of the new Facebook Meta rebranding logo in this illustration. REUTERS / Dado Ruvic / Illustration / File Photo

AMSTERDAM, December 16 (Reuters) – The town of Zeewolde, 50 km east of Amsterdam, on Thursday approved plans by Meta (FB.O) to build the Netherlands’ largest data center from from which Facebook, Instagram and Whatsapp can serve users all over Europe.

The facility, which will use 1.38 GWh of electricity and cover 166 hectares (410 acres) of farmland, is expected to run on green energy and boost the local economy, but has been criticized by some politicians and environmental activists.

The center is expected to create 400 permanent jobs in the city, which has a population of 20,000.

As the country’s former Ministry of Economic Affairs lobbied to attract data centers to the Netherlands, including major Google and Microsoft facilities that also run on renewables, politicians have recently started to question whether the number and location of data centers should be determined by the national government. .

“We will refine the national coordination and the admission criteria for the licenses.”

Hendrik Visser, a member of the VVD party council, acknowledged that there were drawbacks to having a large center in the city, but said the benefits were greater for the overall development of the city.

â€œTo meet our online needs, data centers are simply necessary,â€ he said. “They have to go somewhere, and it’s probably not unwise to build them here in Western Europe, centralized by our laws, and see what they can mean in this case for Zeewolde.”

Meta spokeswoman Melanie Roe said initial construction costs would be around 700 million euros ($ 795 million) and that no date has yet been set for completion.

Amsterdam’s 800,000 residents are heavy users of the data services provided by Meta, but regional authorities have banned the construction of new data centers in the city due to strains on its power grid.

The Dutch Association of Data Centers estimates that currently data centers account for around 3% of all electricity use in the Netherlands, but this could reach 10% by 2030.