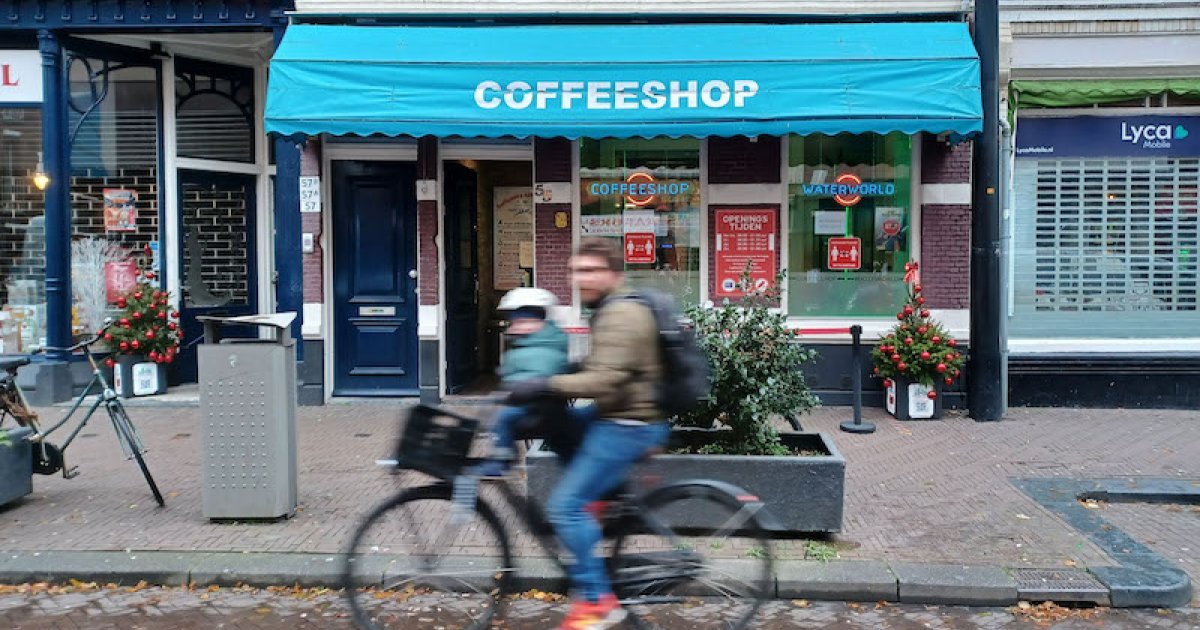 THE HAGUE, December 12 – At The Hague’s No Limit Coffeeshop, customers keep coming and going as the cannabis trade explodes despite Covid restrictions.

Whether it’s to calm their anxiety or ease the boredom of the past two years, many shoppers say their consumption has increased during the pandemic.

“The Covid has done us good,” smiles Carmelita, the boss of No Limit who asked that her full name not be published.

“The only job that is satisfied with Covid are coffeeshops,” she told AFP.

When the Netherlands first closed its doors in March 2020, there were scenes of ‘weed panic’, with long queues outside coffeeshops, the Dutch term for coffee shops. cannabis.

But while access to bars, restaurants and nightclubs has been severely limited, coffeeshops have been able to remain open, mainly for take-out.

Since 1976, the Netherlands has tolerated the consumption of cannabis and hashish, weed and other products that can be purchased in coffeeshops. The Hague, seat of the Dutch government, has around 30.

â€œBefore, they used to go to the disco. But now everything is closed, so now they stay at home, where they smoke more, â€says Carmelita, adding that her clientele includesâ€œ many housewives, who buy weed to sleep well â€.

“There’s nothing to do in town, so you just smoke joints” with friends, says Sophia Dokter, 18, who smoked two or three times a week, but now says it’s six or seven. time.

A survey by Trimbos, a mental health and addictions research institute, found that 90% of Dutch cannabis users had smoked the same or more since the start of the pandemic. Three quarters smoked every day.

â€œSo it’s not about people who want to get high, to get away from it all. It’s more of a way to deal with everyday anxiety, â€says Stephen Snelders, drug use historian.

Similar changes in tobacco and opium use have been seen during historic plague epidemics in the Netherlands, he said.

During the stress of a pandemic, “a little brain party is always nice,” agrees Gerard Smit, who runs the Cremers coffeeshop in The Hague. “There is nothing wrong with having one (a joint) while watching Netflix.”

However, the Covid restrictions have emptied many famous and smoke-filled smoking rooms from coffeeshops.

Take-out sales are booming, however.

Commerce is lively at Waterworld, another coffeeshop in the city. Different types of weed with evocative names like “fruti punch”, “gelato” or “amnesia haze” are displayed in large plastic containers.

“Be careful, only three people inside at a time!” said Mesut Erdogan, a cashier. A sign on the door reads that â€œTo stop the spread of the Covid-19 virus, the smoking area is closed until further notice. “

“Illegal except for taxes”

â€œNo one goes inside anymoreâ€ to smoke, says boss Abdoel Sanhaji, who is also president of the Alliance of The Hague Coffeeshops.

He says he follows the rules of the coronavirus, but hopes for a change in the law when the pandemic is over.

In a somewhat stoner paradox, the consumption and sale of cannabis has been decriminalized in the Netherlands, but the rest of the supply chain remains illegal.

Weed – which coffeeshops sell by the kilo every day and for which they pay taxes to the Dutch treasury – is indeed still banned in the Netherlands, as is its cultivation.

â€œWe’re illegal for almost everything except paying taxes,â€ Carmelita jokes.

The Netherlands, however, is expected to launch an experiment in 10 cities where coffeeshops will sell cannabis legally produced in the country. The results will be known in four years.

â€œCovid will have no impact on our drug policies,â€ says John-Peter Kools of the Trimbos Institute. “Even Covid, with its 18 months of life, is nothing compared to 30 years of heated debate.” – AFP

Gatwick and Heathrow: entry requirements for the Netherlands, Barbados and the Czech Republic