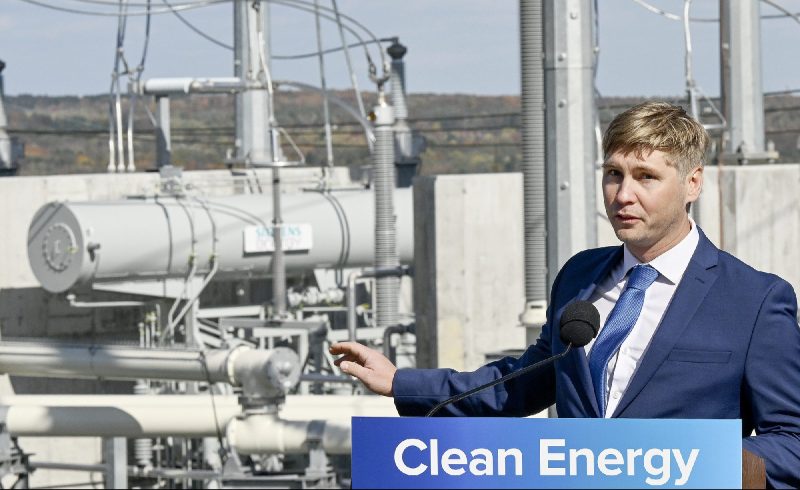 ROTTERDAM – There was dead silence. Then a deep hum sounded two weeks ago atop a scenic hill in Schenectady County.

That’s what happened when the new $85 million Gordon Road substation became fully operational – a landmark moment seen as halfway through the development of a major power transmission network which is expected to stretch from the Utica area to Albany, officials involved in the project reported earlier this week. .

The Central East Energy Connect transmission project is one of several public-private developments planned to decongest and connect renewable energy transmissions – hydroelectric, nuclear and wind sources – across New York. All upgraded lines are expected to cover 1,000 miles of terrain by the end of the decade.

Officials involved in the project celebrated the midpoint on Thursday.

“From the beginning of the project, we have seen this as a real and important turning point for the whole project,” said Casey Carroll, assistant vice president of LS Power Grid New York. “Now that it is complete and energized, the project is able to maintain the level of reliable operation in the area without nearly as many stand-alone constraints.”

This is a year-plus undertaking involving the New York Power Authority, the New York Independent System Operator and LS Power Grid New York, and for Rotterdam in particular, Siemens Energy. About half of the project’s total $615 million budget has been spent so far.

“It takes a lot of work to keep this project on track and on time and on budget,” said NYPA Interim President and CEO Justin Driscoll.

The Gordon Road site is expected to be the largest development of facilities in the 93-mile project. The 1.4 acre facility is gas insulated and uses nearly six times less space than an air insulated facility. It’s also weatherproof to withstand winds of over 100 miles per hour and over an inch of ice.

Much of the remaining project is to replace wooden transmission poles, some of which are over 60 years old. Over 270 new steel poles have been installed to date and another 1,000 are planned.

By using thicker wire, the new poles can carry 115,000 volts more than the previous infrastructure, increasing energy capacity by 500%.

This is the first major transmission project of this type in 40 years. It is ultimately expected to eliminate the long-standing bottleneck of the Mohawk Valley in the region.

“There’s not a lot of infrastructure along the road,” Carroll said. “And so that’s really what this project is designed to do.”

Launch of the project to safeguard the monument of Amsterdam