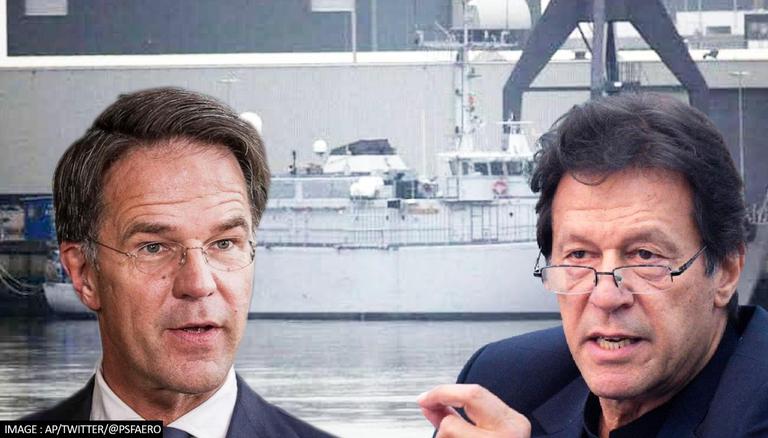 Cash-strapped Pakistan will buy two retired second-hand tripartite-class mine hunters from the Royal Netherlands Navy as the country has reportedly struggled with insufficient funding for military equipment and ships due to of the economic crisis aggravated by the coronavirus pandemic. The move was announced by the Pakistani Navy just a few weeks ago, and used warships will join the fleet in February 2022.

The Tripartite Class Mine Hunter is a class of mine warfare ship that detects and attacks enemy naval mine. It is currently deployed by European countries, Belgium, France and the Netherlands, as well as Pakistan, Indonesia, Latvia and Bulgaria. According to a Times report, the Dutch government accepted Islamabad’s request to sell the ships as this will have a significant effect on the strength of the Pakistani navy. The mine-hunting vessel to be sold in Islamabad was jointly developed by the Netherlands, France and Belgium, ANI reports citing Di Valerio Fabbri of geopolitica.info, and is also known as the class ” Three partners “.

The manufacturing costs have been divided among the three countries and the vessel is equipped according to the maritime needs of each country. The ship “uses imaging sonar to detect and classify targets, then send remote-controlled vehicles to inspect and neutralize the threat,” according to the think tank. Islamabad has already operated the three tripartite class minesweepers, namely M163 “Muhafiz”, M164 “Mujahid” and M166 “Mansif” which it purchased in France. These three partner class mine hunters were serviced from 1984 to 1986 and have a total lifespan of 35 years. Although the Pakistani Navy touts the performance of used mine hunters on the unique advantage of being ‘inexpensive’, it can also be conveniently deployed as multi-functional patrol vessels enhancing its so-called capability as that of the Indonesian Navy. Previously, China had also sold its two warships to Pakistan for less than $ 46 billion to protect the strategic port of Gwadar and trade routes.