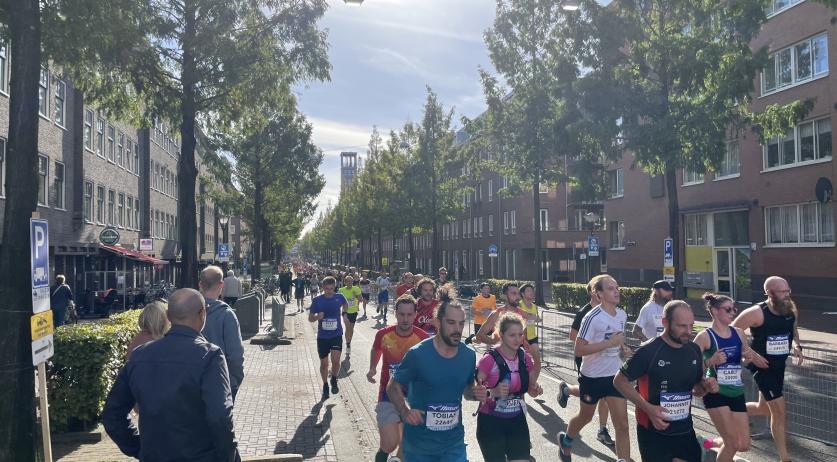 Ethiopian athlete Almaz Ayana broke the course record in Amsterdam on her marathon debut. Ayana, 30, crossed the finish line at the Olympic Stadium in 2.17.21 (unofficially). She was more than half a minute faster than Kenyan Angela Tanui, who set the course record last year at 2.17.57.

Ayana rocked compatriot Genzebe Dibaba in the Vondelpark, who also made her Amsterdam debut in the 42.195 kilometer classic. Dibaba crossed the finish line in second place in 2:18.06.

“I have no words for it. It’s very special and I’m very happy,” Ayana said after the race, according to a press release from the marathon. “Those were difficult years after my Olympic title in 2016. With injuries and pain. I am grateful to my husband, son and management for all the support.”

In a press release, the TCS Amsterdam Marathon called Ayana’s time “historic”. The annual marathon starts and ends at the Olympic Stadium and passes through Amsterdam landmarks like the Rijksmuseum and Vondelpark. Participants can sign up to run a full marathon, half marathon or 8 kilometres.