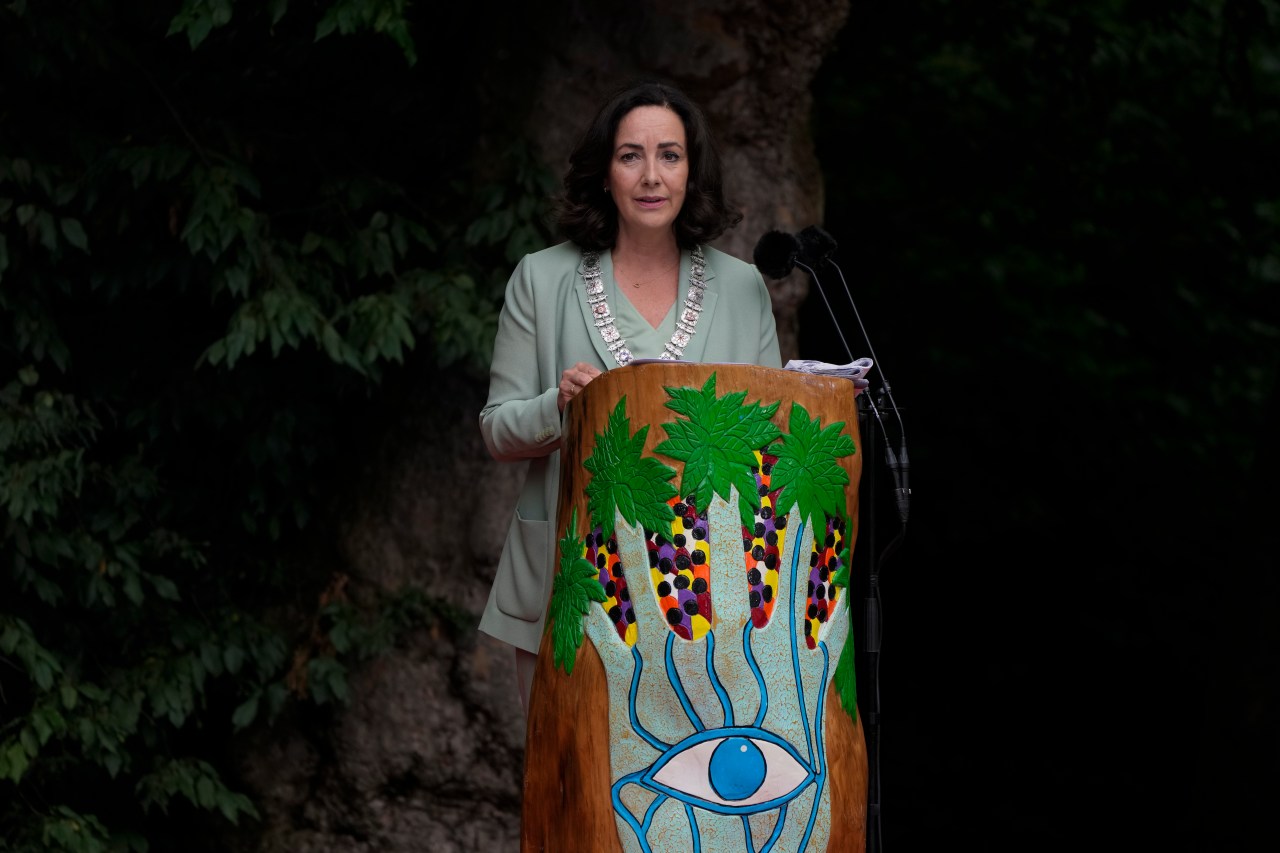 Amsterdam mayor apologizes for role of city fathers in slavery

AMSTERDAM (AP) – The mayor of Amsterdam apologized on Thursday for the heavy involvement of the Dutch capital’s former governors in the global slave trade, saying the time has come for the city to confront its dark history.

The debate over the role of the Amsterdam City Fathers in the slave trade has been going on for years, but it has drawn more attention amid the global toll of racial injustice that followed George Floyd’s death in Minneapolis.

â€œIt is time to engrave the great injustice of colonial slavery in the identity of our city. With warm and unconditional gratitude, â€said Mayor Femke Halsema. “Because we want to be a government for those for whom the past is painful and its legacy a burden.”

While apologizing, she also stressed that “not a single Amsterdam resident living today is to blame for the past”.

The Dutch government has in the past expressed deep regret for the nation’s historic role in slavery, but stopped before issuing a formal apology. Prime Minister Mark Rutte said last year that such an apology could polarize society.

An independent commission that has discussed the issue in recent months released a report Thursday advising the central government to apologize, saying it “would help heal historic suffering.”

Interior Minister Kajsa Ollongren attended the ceremony in Amsterdam but did not directly comment on the government’s call for an apology.

Black activist and actor Patrick Mathurin has said that some in the Netherlands try to ignore the country’s colonial past, â€œbut through our activism we have forced them to watch it. And also what happened, of course, with George Floyd made everythingâ€¦ evolve faster.

Halsema said history casts a shadow that stretches to the present day.

“The city officials and the ruling elite who, in their thirst for profit and power, participated in the trade of enslaved people, thus established a system of oppression based on skin color and race,” she declared. â€œThe past from which our city still draws its distinctive commercial spirit is therefore inseparable from the persistent racism that still simmers. “

She closed her speech with these words: â€œOn behalf of the College of Mayors and Aldermen, I apologize. Cheers and applause erupted from the small group of guests seated in socially distant white chairs.

The apology was presented at an annual ceremony marking the abolition of slavery in the Dutch colonies of Suriname and the Netherlands Antilles on July 1, 1863. The birthday is now known as Keti Koti, which means Broken chains.

Activists say many people who had been enslaved were forced to work without pay for their former masters for another decade.

Research on the involvement of the fathers of the city of Amsterdam in the slave trade and slavery was commissioned by the municipality in 2019.

Halsema said this shows that “from the end of the 16th century until the 19th century, Amsterdam’s involvement was direct, global, large-scale, multifaceted and prolonged.”

The municipality of Amsterdam is not the only one to apologize for its role in slavery. In 2007, the then Mayor of London, Ken Livingstone, gave a touching speech to apologize for the city’s involvement. And a year ago, the Bank of England apologized for the ties some of its former governors had to slavery.

Halsema doesn’t need to leave his official residence on one of Amsterdam’s mansion-lined canals to remember the city’s deep-rooted ties to slavery.

The residence was once the home of Paulus Godin, who was a board member of the West-India Company and director of the Society of Suriname, both heavily involved in slavery in the 17th century.

A stone plaque outside the house recalls this story and qualifies the slave trade and slavery as crimes against humanity.

The municipality of Amsterdam says that the city’s former fathers during the days when slavery was rife in the Dutch colonies were deeply involved in trade.

â€œMayors also owned plantations or traded in people. They helped, through their civil service, to maintain slavery because they took advantage of it, â€the city said on its website.

The Dutch national museum, the Rijksmuseum in Amsterdam, is currently organizing a large exhibition called simply â€œSlaveryâ€ which examines the country’s role in the global slave trade.

Thursday’s birthday is the Dutch equivalent of the Juneteenth in the United States, which President Joe Biden made a federal holiday earlier this month. There are calls to make Dutch Remembrance Day a national holiday.

The US federal government has not apologized for slavery. Both the US House and Senate have passed resolutions apologizing for slavery and racial segregation laws.

At a press conference in 2007, British Prime Minister Tony Blair said he was sorry for Britain’s role in slavery, which he called “totally unacceptable”. But eight years later, on a trip to Jamaica, Prime Minister David Cameron dodged calls for an apology and ruled out paying reparations.