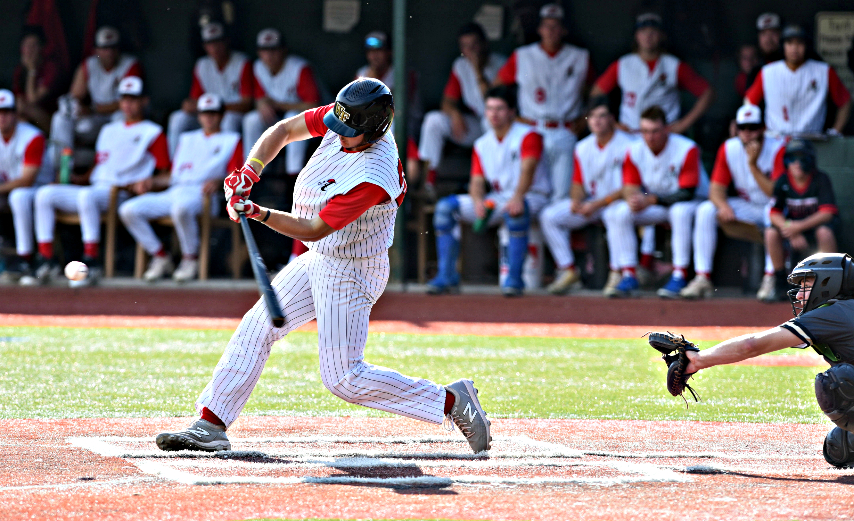 AMSTERDAM – Despite a fantastic regular season, the Amsterdam Mohawks haven’t been able to add another league championship to their rich history this summer.

Needing a win on Tuesday to force a decisive third game later in the evening, the Mohawks lost 13-6 to the Saugerties Stallions at Shuttleworth Park. The victory saw the Stallions clinch the Perfect Game College League Baseball Championship, which beat the Mohawks 2-1 on Monday as an outing.

The championship series sweep came after Amsterdam, who finished a better PGCBL 31-9 in the regular season, outscored Auburn Doubledays 7-1 in the semifinals.

While Game 1 of Monday’s PGCBL Championship Series featured a lot of drama, Tuesday’s Game 2 saw Saugerties – who finished second behind the Mohawks in the East Division – take control early in the competition. . The Mohawks led 2-0 after an inning, but the Stallions responded with a five-run second inning that included a grand slam over Josh Stevenson’s bat. Amsterdam scored in each of the game’s first three innings, and again in the seventh, but the Mohawks still trailed after Saugerties scored five runs in the second.

Andrew Wilhite also hit a home run for the Stallions, who have scored at least one run in six of their nine attacking frames. Stevenson led Saugerties with four RBIs and two RBIs, while Wilhite had three RBIs and Nick Iverson had two.

Richie Cimpric ensured the pitchers’ victory at the Stallions. In an effort of relief, Cimpric struck out four batters in 3 1-3 scoreless innings.

For Amsterdam, Stone Miyao was the only player with multiple RBIs. Miyao had two RBIs and two hits, while Brett Coker also had two hits. On the mound, Cooper Barnum was the first of six Amsterdam pitchers to appear, and he suffered the loss after allowing five earned runs in two innings.

Amsterdam had won the last championship played in PGCBL in 2019, as the league did not play in 2020 due to concerns over the novel coronavirus pandemic. This 2019 championship was the Mohawks’ fifth PGCBL Championship and the 10th overall title in franchise history.