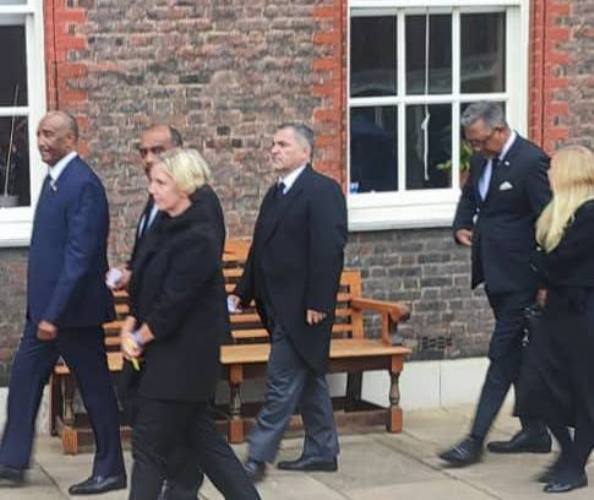 Accompanied by acting foreign minister Ali al-Sadiq, al-Burhan joined a myriad of heads of state and government to attend the state funeral at Westminster Abbey in London on Monday.

“Sudan’s participation on the occasion came in recognition of Sudan’s close ties with the UK, as the two countries have a deep-rooted historical relationship.,“, We read in a press release from the Sovereign Council after his return.

Al-Burhan’s presence alongside world leaders raised questions in Khartoum, as many wanted to see him among the list of few leaders who had not been invited to the event.

However, his very short visit to London indicated that he had no opportunity to meet foreign leaders.

On the way to the airport, Sudanese activists shouted slogans against the coup and called for his trial in The Hague tribunal for war crimes and crimes against humanity.

Sudanese in Khartoum watched on televisions joining millions around the world in bidding a final farewell to Britain’s longest-reigning monarch.

Sudanese elders recalled her visit to Sudan in February 1965. They spoke of the warm welcome she received from the people and the government and compared the good old days to the harsh living conditions under the reign of al- Burhan.