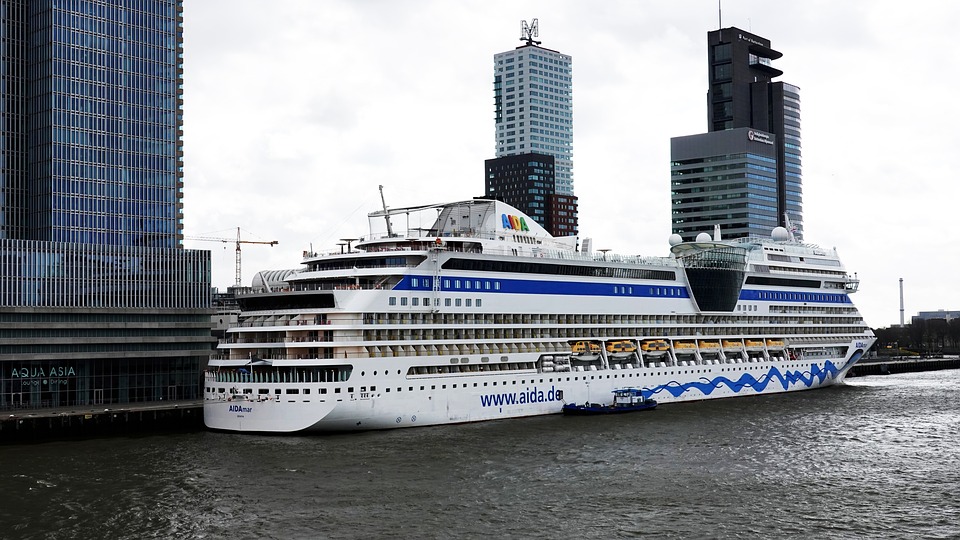 Shore power for ships is not a new concept. At least not in the case of inland navigation. The use of clean shore power is already mandatory on land instead of the stench and din of generators. Rotterdam is one of the ports which paves the way for this reduction in COâ‚‚ emissions for seagoing vessels as well.

It is in line with the International Maritime Organization’s commitment to halve COâ‚‚ emissions from maritime transport by 2050 compared to 2008. Stena Line (Hoek van Holland, ferries) and Heerema (Landtong Rozenburg, offshore facilitators ) are now the only two 150 waterfront terminals in Rotterdam equipped with shore power for maritime vessels.

The Rotterdam Port Authority has announced that more will follow. Shore power must also be available for the container, cruise and wet bulk sectors. To this end, the Port Authority and the Municipality of Rotterdam have launched studies on the ECT, APMT2, Vopak and Cruise Port Rotterdam terminals. This research on the introduction of onshore electricity to the port of Rotterdam was made possible in part by an EU grant.

Your Weekly Innovation Snapshot Every Sunday, the best articles of the week are delivered to your inbox.

Studies at Cruiseport Rotterdam are already at an advanced stage. The aim is to complete all studies by 2023. The next step involves the realization of an onshore power supply at designated locations in the Port of Rotterdam based on the research results. Initially, these will be the same as those for the studies.

Electricity on land is expensive for maritime transport

Once a shore power system is ready, it is expected that dozens of seagoing vessels per year will immediately use the new facility. This will eventually expand to hundreds of ship calls per year as more ships and berths become â€œcatch-proofâ€.

Port Authority spokesperson Tie Schellekens explains why shipping lags behind inland shipping. According to him, the switch to shore power is more complex and much more expensive.

â€œInland navigation is still quite manageable, it is doable. As for shipping, we will start with Stena Line shipping company. It is relatively easy for their ships as they follow a defined route. Generally speaking, however, there are quite a few hurdles. Many seagoing vessels do not yet have an on-board connection for shore power. For these seagoing vessels, shore power is an expensive supply. Seagoing vessels just need a lot more power than inland vessels.

Consumption is as much as a big city

The total energy demand and therefore the consumption of seagoing ships in the port is 750 to 850 GWh per year, estimated the Port Authority. This roughly corresponds to the consumption of 250,000 households, slightly less than in The Hague. Schellekens points out that cruise ships in particular are huge energy guzzlers. â€œThese are basically just small villages that need to be supplied with electricity.

The shore power will also require two parts to ensure that the electricity supply is working properly. This is only possible if the shipping companies are willing to invest in modified ships and ports or terminals in dockside electricity. Inland navigation vessels are already prohibited from using a generator while docked. Seagoing ships are another story. Electrical cables and earth connections should be installed in narrow, occupied container docks.

Given the large investment, shipowners also want to be sure that their vessels are capable of using electricity on land. That is why Rotterdam is working with other international ports and terminals on the development and planning of onshore electrical installations.

By coordinating these efforts, owners of container ships, cruise ships and ferries will have a better idea of â€‹â€‹where and when their ships can connect to the grid. The intention is that the ports of Rotterdam, Antwerp, Hamburg, Bremen and Le Havre have introduced onshore electricity by 2028 at the latest.

For Rotterdam, the ambition is to connect at least 90% of offshore services, ferries, cruises and roll-on-roll-off Electrically powered ships and container ships on shore by 2030. This will save around 200,000 tonnes of COâ‚‚ and 2,500 tonnes of nitrogen per year.

But to what extent are the shipowners cooperating now? Can an old tub sail the harbor under a cheap flag meanwhile? Schellekens: â€œShips arriving in Rotterdam have to run on low sulfur marine oil anyway. There is still a long way to go. “

â€œConverting existing ships is relatively expensive, but newly built ships are increasingly supplemented by shore power. At present, only a small proportion of seagoing vessels are â€œshore-readyâ€.

â€œIt also varies by segment. For example, around 28% of cruise ship calls – 43% of berthing time – were suitable for onshore power supply in 2019. For container ships, it’s around 20% to 25%, depending on their size and age. We are still seeing virtually no onshore feed capacity in the wet bulk segment. In the case of ultra-large container ships, ie 14,500 TEUs or more, 70% of ships are equipped with on-board shore power. However, shipping companies want to be clear when they can use shore power and plan for the conversion of ships five years in advance. “

Also interesting: ammonia is the key to sustainable maritime transport

Satellogic expands with manufacturing plant in the Netherlands