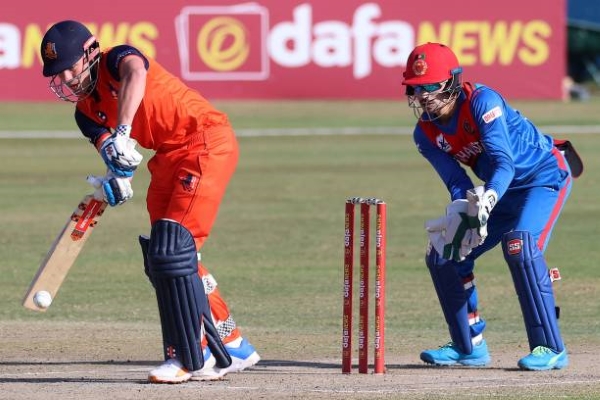 With vital Super League points on offer, there are few dead rubbers in ODI cricket these days. Afghanistan and the Netherlands will be highly motivated heading into the third ODI in this series, although the overall outcome has already been decided. Afghanistan will be the favourites, but the Dutch have shown they can hit hard in the past. Who will come out on top? Read on for our third Afghanistan vs Netherlands ODI preview and prediction:

The grounds of Doha, where Afghanistan has temporarily settled since political unrest overwhelmed its home country, are generally not easy to grasp. They also tend to reward spinners more than setters. So that’s proven so far in this series, with Afghanistan recording two comfortable wins. Star man Rashid Khan was in the wickets, with three in the first game and one in the second, but it was Mujeeb Ur-Rahman who did the most damage.

He struck twice in the first ODI to knock out Colin Ackermann and Scott Edwards, two of the Netherlands’ most accomplished strikers, before coming in with four wickets for 32 runs, including three in the final of the Dutch innings to seal the win for the series for his side. For the Dutch, who are yet to hit 200, a tougher stick is a must with goalkeeper-beater Edwards the only player to have made any real contributions so far, although it should be noted that they were without Max O’Dowd and Stephen Myburgh. .

After his century in the last game, Rahmanullah Gurbaz has probably done more than enough to secure his place at the top of the order for the foreseeable future. Usman Ghani, out for a first-ball duck in the final innings, is a man in need of runs, however. The middle order is secured with Hashmatullah Shahidi and Najibullah Zadran. Both Gulbadin Naib and Khan can contribute with bat and ball. Sharafuddin Ashraf had an indifferent streak but Mujeeb, Fareed Ahmed and Yamin Ahmadzai all impressed.

Edwards has looked steady in both matches so far but Musa Ahmed has struggled at the top of the standings. He will surely be replaced when O’Dowd returns to the team. Colin Ackermann will be disappointed with his returns. So will captain Pieter Seelar, but Bas de Leede has shown promise at number four. Boris Gorlee looked a little out of his depth, but should come back and Saqib Zulfiqar too. Ryan Klein, Philippe Boissevain, Fred Klaasen and Vivian Kingma all struggled to take wickets which will be a concern.

Without many of their best players, most notably O’Dowd and Myburgh at the top of the table, the Netherlands have looked vastly outgunned in uncharted conditions for most of this series. The beating was difficult for both sides, but obviously more so for the tourists. Of course, going up against two excellent spinners in Khan and Mujeeb didn’t help that, but unfortunately for the Dutch there will be no respite in that department. Expect Afghanistan to complete the series win quite comfortably.