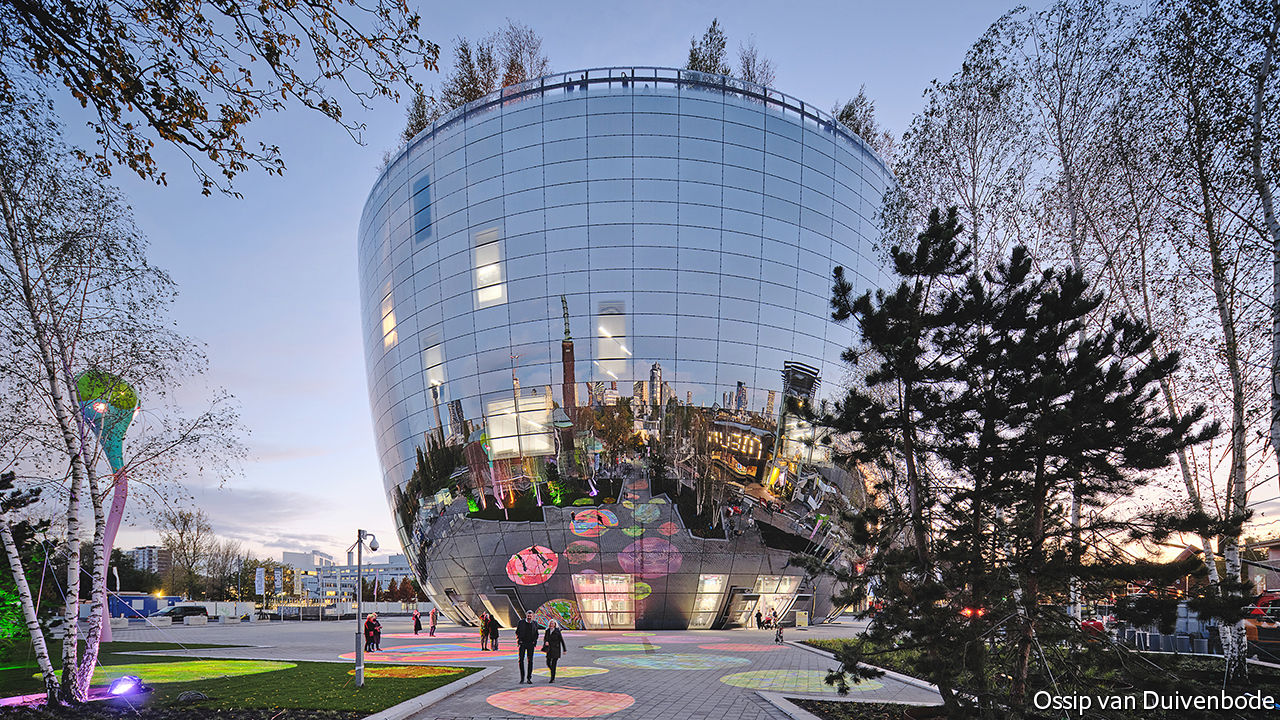 TIT NEW the home for the Boijmans van Beuningen museum collection, a magnificent 40-meter-high mirrored flowerpot that is set to become Rotterdam’s iconic building, has its origin in an extremely Dutch emergency. The basement which contained the museum’s unexposed works of art – 151,000 objects, among the most important collections in the Netherlands – was six meters below sea level and kept getting flooded . The city had built a garage under an adjacent park that interfered with drainage. Sjarel Ex, the director of the museum, could have built a storage facility in a suburb, but wanted a way to keep the treasure in place and open it to the public.

Enjoy more audio and podcasts on ios Where Android.

Mr. Ex asked Winy Maas for ideas MVDRV, a leading Dutch architectural firm. The first concept was a gigantic table perched above the park, from which works of art could be lowered for spectators. It turned out to be impractical, but during a brainstorming session, Mr. Maas dropped a cup of tea on a mockup in the park, then noticed a mirrored kettle nearby. The curve of the cup gave it a narrow base, which would leave more room for pedestrians; the reflective surface of the kettle blended into the surroundings.

More than a decade after this epiphany, the building known simply as the “Depot” opened its doors to visitors on November 6. In Dutch, â€œde potâ€ means â€œthe potâ€ (as in the flowery genre), a lexical play on words reinforced by the roof garden covered with birch trees. The mirrored exterior creates a fish-eye effect that reflects the city’s skyline, curving to show the park and the spectators themselves. M. Maas compares it to the drawings of Giovanni Piranesi. Rotterdam was bombed flat during World War II and has prided itself on its geometric modernity ever since. Depot fits in perfectly, but also provides the city with a focal point.

However, it is the interior that is the most important. The six-story deep atrium is crisscrossed with suspended staircases reminiscent of MC Escher’s engravings. Glass frames stage eye-catching pieces: fluorescent dresses, inlaid furniture, abstract paintings by RB Kitaj. On the sides are the storage halls. The canvases are hung from rolling wire trellises in rows that can be removed for inspection. Sculptures and furniture are stacked on motorized rolling shelves. The organization is alphabetical, chronological or by size and material. There are no labels; even with QR codes and the museum’s smartphone application, identification is rarely present.

It’s all a bit dazzling. A lattice wall slides: it is the â€œTower of Babelâ€ by Breugel. Another emerges with what looks like a Jan Toorop, but who knows? On other floors, photographers and restorers work in open laboratories. Visitors are guided by guides, who are not left alone to sample haphazardly. But Depot still has a different immediacy from an organized museum.

Other institutions are also planning to open their collections: the new facility at the Victoria and Albert Museum is slated to open in London in 2024. Meanwhile, for a few years, Depot will be the only place to see Boijmans van Beuningen’s treasures, in while the main museum is closed. They need to fix the basement. â–