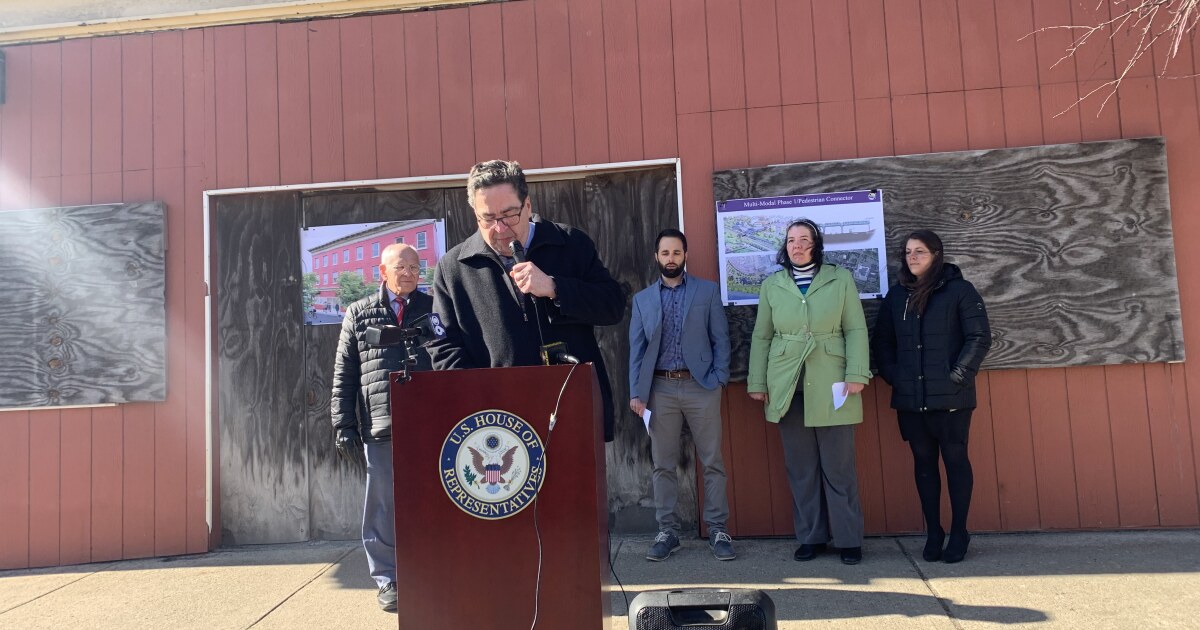 Officials gathered in Amsterdam on Tuesday to celebrate $5 million in federal funding that will support two key projects in the small city’s redevelopment plans.

The city of Amsterdam has been working to breathe new life into its city center and reverse the unintended effects of urban renewal.

Congressman Paul Tonko of the 20and District, a Democrat who lives in Amsterdam, spoke outside a vacant building that for half a century was a popular restaurant on the city’s main street – an avenue that is now separated from the rest of the center – town by the Riverfront Mall.

“Urban renewal often brings great work, but sometimes creates difficult patterns and somewhat divides the community,” Tonko said. “And so we have to revitalize ourselves by working with this project.”

Three million will support a pedestrian connector for a planned multimodal transportation hub. Two million dollars will go towards the establishment of a new community center at 149 Main Street.

Standing outside on a windy morning, Amsterdam Mayor Mike Cinquanti commented on the building’s history.

“Some of you might not be old enough to remember Ed Sullivan, but Ed Sullivan’s mom and dad lived in that building. And there was a guy named George George who did the greatest soup in the history of Amsterdam. He worked at Carmel’s Diner and he lived in this building, and I will never forget George George. But it’s a piece of history behind us,” Cinquanti said.

Located next to the Centro Civico, the new community center will offer programs for children and adults. A large recreation center is envisioned behind the current structure.

“This community center, the huge leisure center that will be positioned next door, the revitalized Amsterdam Free Library, the residential apartments located in our city’s iconic seven-storey downtown bank building, the new promenade that will launch the promising development efforts in the future on the Chalmers property are all reasons why people will come and live in Amsterdam city center again,” said Cinquanti.

The community center is being developed through a partnership between the Centro Civico and the Boys & Girls Club.

Roxanne Marin of Centro Civico said federal funding is supporting the project which has been delayed due to the pandemic.

“They started planning the center long before COVID-19. Unfortunately, COVID-19 also put a stop to this program and the whole project. Now we are excited for the additional funding we can pursue and hopefully COVID is a thing of our past,” Marin said.

Justin Reuter, CEO of the Capital Region Boys & Girls Club, said the community center and youth mentorship programs would be a “welcome addition” to the city of Amsterdam.

“Together we will bring service to those who need us most in this community and truly make a difference,” Reuters said.

The $5 million to support the community center and pedestrian connector is among 10 community projects funded to over $14 million and guaranteed by Tonko, which toured the capital region to celebrate the investments.

“It’s the kind of help that’s been a long time coming and is needed because it’s about rebuilding a community, providing all kinds of opportunities, bringing in strangers with the sports center that is going to happen with this and create an opportunity for the community to breathe life into some buildings that have been vacated and then also connecting the pedestrian bridge to downtown,” Tonko said.